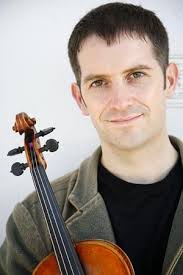 Last summer I was lucky enough to go to this fiddle school in Glencolmcille County Donegal, Ireland (feel free to check out the posts from my trip to Ireland). The style of Donegal music is very similar to the Cape Breton style of music which is probably why I love it so much. It’s fast, gritty and makes me just want to get up and dance. A Donegal player’s repertoire consists of more than just jigs and reels and an occasional hornpipe, they play all sorts of different types like polkas, mazurkas, highlands, barn dances, waltzes and more.

Unfortunately, there aren’t many true Donegal players in this area. Occasionally though, we are lucky to have some great players pass through town and share their knowledge. This coming weekend is one of those times.

This Saturday, Oisin McAuley, from the band Danu, will be offering a workshop to intermediate to advanced fiddlers, and you don’t want to miss it.

He grew up in Western Ireland and has had music in his veins since he was 9. He’s been playing with the great Irish band Danu (who is playing at the Flynn on Saturday night in honor of St. Patrick’s Day) for the past five years and continues to tour with some of my favorite players like John Doyle. Though his main influences include some of the great Donegal fiddlers like John Doherty, Con Cassidy and James Byrne, he also plays and teaches bluegrass, newgrass and jazz. This is going to be a great workshop and one not to be missed. Here are the details:

This is just one of the many great events going on during this week which is the 9th Annual Burlington Irish Heritage Festival. Check out the schedule of events and support local Irish music.

One thought on “A Little Donegal in Vermont”